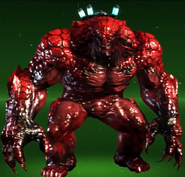 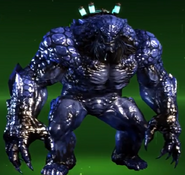 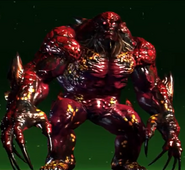 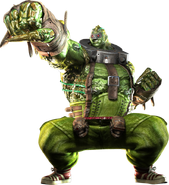 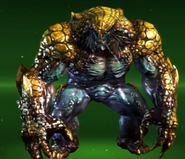 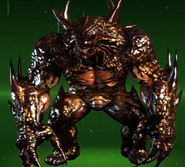 Mutants were man-made monsters designed for use in warfare. However, they broke free from control and began roaming the world, devouring everything deemed edible, including members of their own kind.

Their abilities include superhuman strength, incredible speed, the ability to emit poisonous gas, and the ability to regenerate lost limbs, unless they are sliced in half or their head is destroyed.

Mutants are among the more dangerous and strongest enemies, due to their very versatile move-set. Their attacks include tackling the player, swiping twice before following up with a ground pound, emitting poison gas, throwing concrete pieces, a simple uppercut and even attempting to eat the player. However, almost all of their attacks can be blocked and dodged. Their eating attack is easily escaped by mashing buttons and spinning the control stick.

Berserker Mutants are the results of normal Mutants feeding off members of it's own kind. Their design differs greatly from

their normal brethren, as they increase tremendously in size and strength, grow large spikes on their backs, and their skin turns red. Apparently, Berserker Mutants discern neither friend nor foe as a side effect of the unstable evolution, and leaves nothing but blood baths and destruction in their wake.

The junk dealer Edgar Oinkie was somehow able to tame a Berserker Mutant. How he achieved such a feat is unknown.

A Berserker Mutant appears as a playable character during the White Side mission "Berserk Rider".

Super Mutants are also Mutants who have evolved after committing cannibalism, but these creatures go through a more stable evolution. While they lack a Berserker's imposing size and bulk, they are still a formidable foe as their strength and speed far exceeds a normal Mutant's. They also appear in packs due to their more stable evolution, making them a huge threat.

Item Mutants are a special Mutant species that only appear during the Multiplayer game mode Team Battle. In Team Battle, it is possible to obtain an item called Mutant Bait. When used, this item will summon three red or blue Mutants (depending on the team that summoned them) to fight by their team's side. Their level of strength is currently unknown.

A gameplay element that makes Mutants a unique enemy is the ability to Execute them. Each character has their own Execution for normal Mutants, Super Mutants and Item Mutants, while they all share the same Execution for Berserker Mutants. 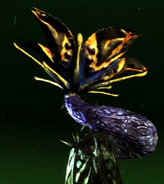 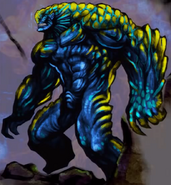