Bayonetta (ベヨネッタ) is the titular main character and protagonist of the game Bayonetta and its sequel, Bayonetta 2, and is a coquettish and mysterious Umbra Witch who possesses remarkable talent for the bullet arts and immense power. Her special in Anarchy Reigns is Wicked Weave.

The narrative reason for her appearance inAnarchy Reigns remains unclear.

Initially, in order to play as Bayonetta, players needed to have pre-ordered her for either the PS3 or the Xbox 360 versions of the game. However on April 9th, 2013, Bayonetta became available as DLC on Playstation Network for only $0.99 and on the Xbox Marketplace for $2.99.

"Bayonetta is a descendant of the Umbra WItch clan that perished from the Earth 500 years ago. Excelling at the Umbra's legendary Bullet Arts, a martial arts regime that combines both firearm and melee attacks. Bayonetta is known for her trigger happy fighting style aided by the four guns attached to each of her limbs. These weapons are collectively known as Scarborough Fair. She is a master of the Wicked Weave, a witchcraft technique that uses her hair as a catalyst to summon a powerful Infernal Demon known as Madame Butterfly that sends her angelic foes cowering in fear. Her cool demeanor is not to be mistaken with boredom; on the contrary, while she has no interest in the personal disputes of others, it seems something about the uproar in Milvallen has piqued her curiosity enough to come this far to rumble." - In game profile.

Bayonetta's style and combos are similar to those in her own game. In Anarchy reigns, Bayonetta is classified as a light character, thus her attacks are quick and nimble and her combos are fluid and plentiful. Like most smaller characters, some of her combos can be jump cancelled, allowing a rising heavy attack to launch her opponent.

Bayonetta's Killer Weapon Light is a series of Wicked Weave punches. In the air she can deliver up to two punches with excellent range and damage.Her Killer Weapon Heavy is a Wicked Weave kick attack does some great damage, and has surprising speed on the ground. In the air she plummets straight down with a heel kick with 360-degree range. The amount of damage done depends on the proximity of the opponent. It should be noted, however, that this attack leaves Bayonetta vulnerable to strikes from unaffected opponents.

While in mid-air, her light attack involves firing her guns. This attack has decent range and can be performed multiple times until Bayonetta reaches the ground, or it can be coupled with a heavy attack to deal even more damage.

A noteworthy combo for Bayonetta is weak, weak, heavy, heavy. this is Bayonetta's "bread and butter" combo, it's excellent at baiting a 360 because of the first heavy being a hard knockdown, and Bayonetta can cancel the combo after the hard knockdown into a rising heavy launcher, from which she can infinite them (every female has an infinite) and/or top it off with the infamous glitch discussed below or some light killer weapons. If one chooses to finish the combo, she can string in her four hit ground Killer Weapon Light combo. other useful combos: heavy, delay light, heavy (can be jump cancelled after the delay light) any combo with her delay light punch after a light attack(s) can be strung into her ground killer weapon light series.

Her grabs are flamboyant and stylish and deal decent damage, and her taunt is a flying kiss. 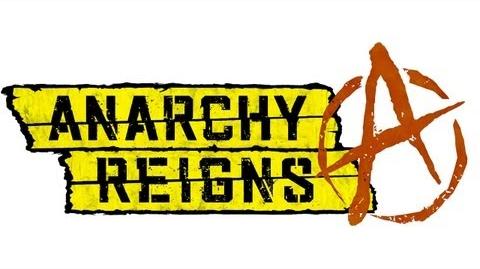 Bayonetta is On The TV Screen

Community content is available under CC-BY-SA unless otherwise noted.